I’ve been looking forward to writing this post. The next best thing to having music gear is talking about it. Here is a list of my favourite things for making music.

I had Cubase on an Atari ST about 130 years ago. The simple notion of using midi to connect my computer to a Roland D10 was a mind-blowing thing. Cubase made this possible. Back then, it was a midi only affair. This meant the music gear obsession took the form of outboard gear. Soon after, drum machines, guitar effects, samplers and synth modules were all connected to Cubase. The band I was in used a Yamaha midi data file device for live use. Things are so different now.

I switched from Cubase Artist 8 to Pro 9, and remain on Pro to this day. The thing about Cubase is just how much there is to it. It’s just the past year where I’ve really got into using a remote device (android tablet) to control things. That’s when I really delved under the hood to see what could be done within the software. It’s simply stunning to see the level of control you can have over midi and automation. Whether it’s importing found logical presets to randomise volume / quantize, or putting together a seemingly endless chain of effects, Cubase makes it easy.

The stock plug-ins are great – the effects especially. You’ll be hard pushed to find an eq plugin which offers more than the Frequency plugin.

Every other DAW is as good as the people who use it. The argument as to which is better is meaningless. It’s only good if you can use it. While I love Ableton for creating loops and the inventive live packs, it’s always Cubase that I return to when things begin to get serious. I don’t even mind the dongle.

This ramshackle collection of DIY modules is my synth. There are many others like it, but this one is mine. It’s the messiest bit of music gear and maybe the one most likely to give you a shock.

It’s four modules. First one converts midi -> cv. The second is the VCO – an AI011. It has buffered Triangle, Square, and Ramp waveforms, as well as a triangle to sine wave shaper to provide a sine wave output The third is another AI synthesis module – a AI003 Looping ADSR Envelope generator. Finally, a VCA give some volume control and a bit of controllable grime.

There’s no filter. That’s fine, because I have a few wonderful filter plug-ins. (It gives me more control over recordings to be able to apply the filter afterwards.)

There’s really no studio or style of music that wouldn’t benefit from having Xfer’s Serum added to it’s arsenal. While it’s labelled as a wavetable synthesiser, the truth is that it’s so much more.

The ability to import / edit / manipulate your own wavetables means that the possibilities for sound creation are infinite. For sound design experts, this is a dream environment.

For old school synth heads, it’s equally attractive. The two main oscillators, noise and bass generators, the modulation possibilities, the in-built filter and effects are superb. It’s difficult to find parameters that can’t be controlled by something else. This gives you the choice of anything from a simple sine wave to a unison voiced, fully modulated, French LPF’d, multi-effected never-ending growling pad. Be assured that there’s so much more to this than EDM growling bass.

I don’t think there’s a track on Outside or Lines that hasn’t had Serum in it at some point. (My Cubase template has sine/triangle/ramp/square set-up to write the lines for my own synth.) It may be a striking lead or a subtle pad, but it’s always in there somewhere.

I did a lot of homework before choosing these Presonus Eris 3.5 monitors. I needed something small, but balanced. They’re billed as active media reference monitors but uses the same tech as it’s bigger siblings.

What struck me about the reviews were that people who bought these found that they could trust them. There’s no misleading frequency bumps or muddiness. The sound is as clean as a whistle.

I also need to mention Juno Records who I bought these from. Amazing service, very quick.

I bought Joe Bonamassa Black Beauty Les Paul Custom about 17 years ago. Never has a guitar sat so well with me. It’s easily the most beautiful guitar I’ve ever played.

While you don’t hear much in the way of traditional guitar sounds on my tunes, it is there. I enjoy bowing it like a cello. Other times, over-sampled. I made a sampled instrument out of it – it’s the very first sound you hear on Outside.

It’s the sexiest piece of music gear I own. The synth may make me proud because I made it, but it’s the Black Beauty that makes me want to strut.

I bought a Crown CTR-300 second hand. It’s a basic old-school cassette recorder. I connected the 5-pin din up to the phonos on the sound card and managed to get some clean recordings onto cassette. I recorded them back in to get some authentic electronic distortion and saturation. It’s bit more finnicky than a tape plug-in, but a unique sound for me!

A nice lavalier mic / passive DI box combo gets me some nice noises in the garden. So does simply putting my Redmi Note 8 Pro in a metal barbecue and dropping stones on it whilst recording audio. I made a great drum kit out of that.

My ancient oxygen midi keyboard has non-weighted keys, and only 49 of them. However, it does have copious amounts of midi assignable knobs and sliders, so it works fantastically well on Cubase. 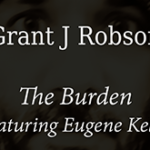 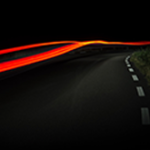 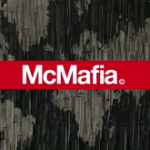